Broken on all sides: race, mass incarceration & new visions for criminal justice in the U.S. 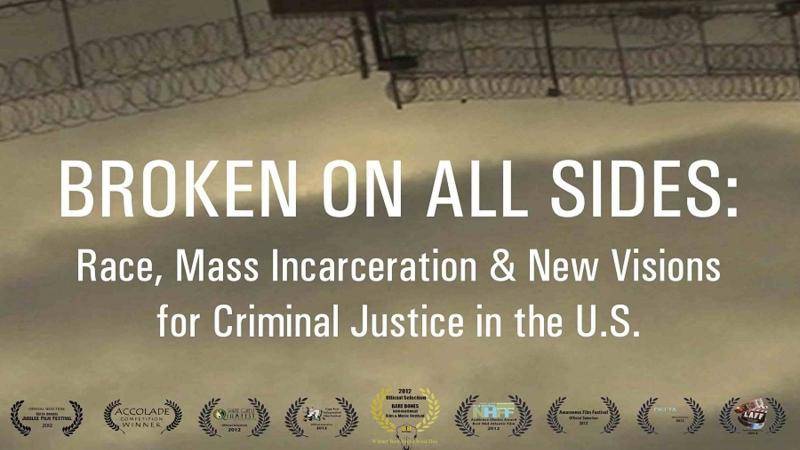 The documentary centers around the theory put forward by many, and most recently by Michelle Alexander (who appears in the movie), that mass incarceration has become "The New Jim Crow." That is, since the rise of the drug war and the explosion of the prison population, and because discretion within the system allows for arrest and prosecution of people of color at alarmingly higher rates than whites, prisons and criminal penalties have become a new version of Jim Crow. Much of the discrimination that was legal in the Jim Crow era is today illegal when applied to black people but perfectly legal when applied to "criminals." The problem is that through subjective choices, people of color have been targeted at significantly higher rates for stops, searches, arrests, prosecution, and harsher sentences. So, where does this leave criminal justice? ... Through interviews with people on many sides of the criminal justice system, this documentary aims to answer questions and provoke questions on an issue walled off from the public's scrutiny.