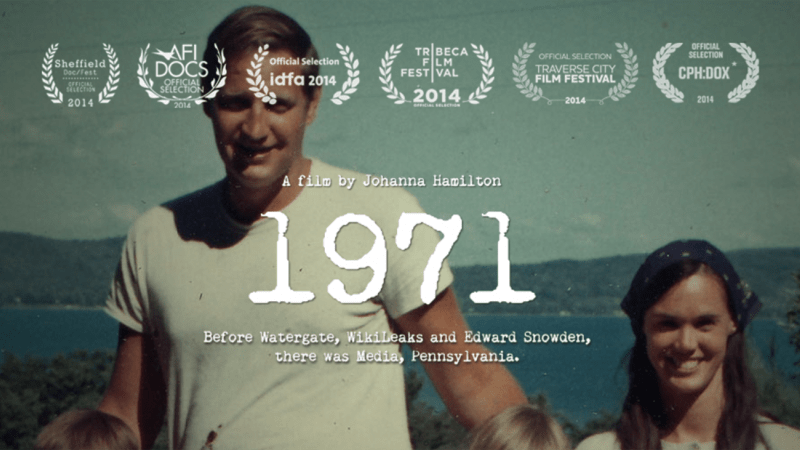 On March 8, 1971 eight ordinary citizens broke into an FBI office in Media, Pennsylvania, a town just outside Philadelphia, took hundreds of secret files, and shared them with the public. In doing so, they uncovered the FBI’s vast and illegal regime of spying and intimidation of Americans exercising their First Amendment rights. Despite searching for the people behind the heist in one of the largest investigations ever conducted, the FBI never solved the mystery of the break-in, and their identities remained a secret. Until now. For the first time, the members of the Citizens’ Commission have decided to come forward and speak out about their actions. 1971, by award-winning filmmaker Johanna Hamilton, is their story. Told through a combination of exclusive interviews, rare primary documents from the break-in and investigation, national news coverage of the burglary and dramatic re-creations, the story of the Citizens’ Commission unfolds with haunting echoes to today’s questions of privacy in the era of government surveillance.